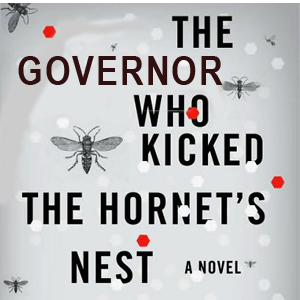 As my buddy El Cabrero aptly points out over at The Goat Rope, Governor Tomblin's Administration may be about to stir up a hornet's nest of problems for children (as well as their own Administration) if they proceed with their plans to slash funding for child care programs in West Virginia.

El Cabrero notes several reasons why this is a very bad idea both from a policy standpoint and politically - especially in an election year.  His post is well worth the read, so be sure to check it out.

Based on the rumblings I am hearing, things will get messy quickly if state officials move forward with their plans to "save" money by shifting child care costs onto those who can least afford to pay.  It will be bad news for children and their families, as well as child care centers that are struggling to keep their doors open.

It's especially short sighted financially since many studies, as well as Nobel prize winning economists, have documented that quality child care programs generate a significant positive return on investment -- yielding $5 - $8 for every $1 invested in quality early child development programs.

It's sounding like officials are claiming they need to make the cuts due to budget constraints, but that simply isn't true.  West Virginia has been fortunate to have record budget surpluses in recent years.  In fact, lawmakers had enough money in the FY2012 state budget to give "about $100 million to casinos to help with capital improvements" (WVMetroNews).

Seriously, $100 million to go to casinos to buy slot machines!? If the State of West Virginia can give $100 million to casinos, then they have MORE than enough money to ensure children have a safe place to go while their parents go to work.

I am hoping that Gov. Tomblin will instruct his Administration to do the right thing and protect child care funding from reckless cuts.  It's time that West Virginia invested in children and not Casinos.  In other words, it's time to...


"Invest in Tots not Slots!"