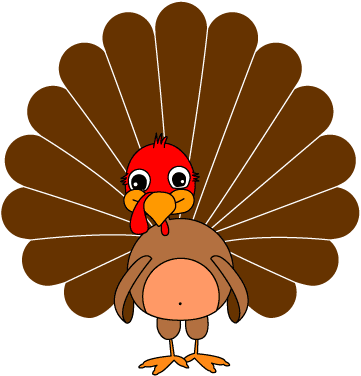 My favorite Thanksgiving story is about my twin brother Tom. He was driving home to East Tennessee for Thanksgiving and had an unfortunate accident.
As he was rounding a curve, he accidentally drove his car into a group of live turkeys that were walking across the country road. As he struck one of the turkeys, it rolled up his hood and flipped over the roof of the car.
Making matters worse, the turkey landed on a State Trooper's car behind him and broke the Trooper's windshield!
Then as Tom stopped to see if everything was OK, the Trooper gave him a ticket.
Needless to say, Tom was upset and demanded to know why he got a ticket.
The trooper replied, "Don't you know it's against the law to flip a bird at a State Trooper?"
Happy Thanksgiving everyone!
Holidays Humor