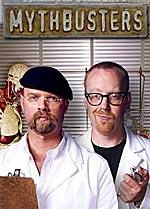 Over at Media Matters, Eric Boehlert has posted a great article debunking the myth that the costs of Obama's inauguration are significantly higher than President Bush's inauguration 4 years ago.

Boehlert explains how a couple of news "reports" estimating that costs for Obama's inauguration "could approach $160 million", without providing any source or substantiation for the estimation, spread throughout the mainstream media until the estimate is now taken as fact.

More significantly, Boehlert documents that the comparison of this year's costs to previous inaugurations is based on blatantly false comparisons, because this year's estimates INCLUDE the massive costs of security for the event and previous inaugural cost totals DID NOT INCLUDE security costs - they only included the cost of social events such as the inaugural balls.

Boehlert notes that a recent New York Times article reported for the 2005 inauguration:

"the federal government and the District of Columbia spent a combined $115.5 million, most of it for security, the swearing-in ceremony, cleanup and for a holiday for federal workers". [emphasis added]

"You read that correctly. The federal government spent $115 million dollars for the 2005 inauguration. Keep in mind, that $115 million price tag was separate from the money Bush backers bundled to put on the inauguration festivities. For that, they raised $42 million. So the bottom line for Bush's 2005 inauguration, including the cost of security? That's right, $157 million.

So, for now, can the press and partisans please stop peddling this malignant myth?"

I wonder how many more times we'll hear this myth in the next week? And will anyone other than possibly Rachel Maddow or Keith Olbermann tell their viewers the real explanation? I doubt it.

Cross posted at WVaBlue.com.
Barack Obama In the news Politics

All Click said…
Yep I heard this one too although I heard $150 million. I think it was on CNN, so thanks for the correction :-)

Although it may cost the same amount as the 2005 inauguration, it seems that there are more people in Washington which will result in more money being spent by Joe public so it all works out for the best ;-)
Tuesday, January 20, 2009