on May 20, 2006
We found a great way to end the day Friday night... toasting marshmallows and enjoying Smores at the Hotel del Coronado. The setting is beautiful right on Coronado Island Beach. 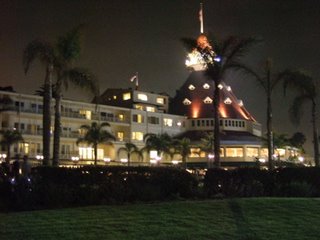 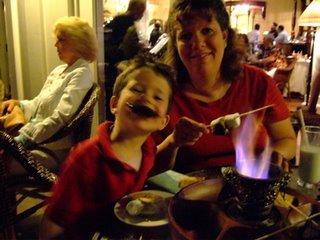 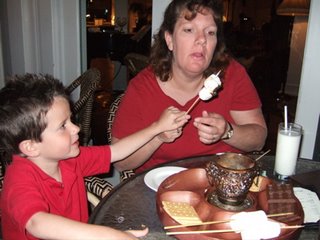 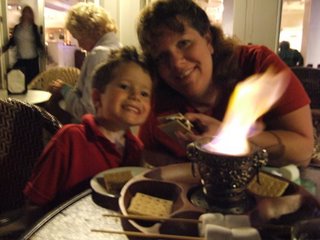 The Hotel Del has been featured in many films. Most significantly was probably the classic film Some Like It Hot starring Marilyn Monroe.

The Stunt Man starring Peter O'Toole was also filmed at the Del. Additionally, the 80's classic(?) K-9 starring Jim Belushi was filmed here. (K-9 is not to be confused with the other Jim Belushi film where he was paired with a partner who couldn't speak... Red Heat (starring Governor-to-be Arnold Swarzenegger).

It was fun to walk in the footsteps of history, and the good news is that I didn't burn down the historic hotel in a tragic flaming marshmallow incident.
Family