BREAKING NEWS - Prosecutors to Investigate "One for the Thumb Conspiracy" 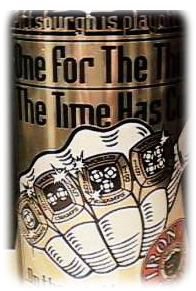 Federal prosecutors have announced that they have launched an investigation into Superbowl officiating irregularities.

Federal attorneys reported following the conclusion of today's Superbowl, their intention to subpoena documents and correspondence between NFL officials, Commissioner Paul Tagliabue, and Pittsburgh owner Dan Rooney. Speaking on the condition of anonymity, officials close to the investigation cited six instances of irregular behavior as evidence of the "One for the Thumb Conspiracy."

1st, a questionable offensive interference call in the end zone that cost the Seahawks a first half touchdown.

2nd, the call of a touchdown on a 3rd down conversion run by Steelers QB, Ben Rothlisberger, when the line judge initially called him down on the 1 yard line, but changed his call to a touchdown. The referee upheld the call despite the replay which showed that he was not in the endzone.

3rd, after completing a pass to the 1 yd line, the official called holding on an offensive lineman, when replays show no such contact.

4th, on the same series, during the runback of a Hasselback interception, officials called an illegal "block" below the waist for a 15 yard penalty when Hasselback made the tackle. Apparently, officials felt that Seattle can't make a tackle below the waist. However, when Pittsburgh QB made a cut block during the subsequent TD pass on the trick play, it was not called.

5th, when the play clock ran to 0 seconds instead of calling a delay of game penalty, officials granted Pittsburgh a timeout, despite replays that showed time had run out. Announcer John Madden, claimed that 0 doesn't really mean 0.

6th, officials call a fumble on Matt Hasselback, despite replays showing he was down before the ball came loose. Apparently sensing the growing controversy, officials did overturn this call.

At the same time, there were no similar instances of questionable calls that went against the Steelers.

More details of the investigation and possible ramifications are expected to be released in the next few days. Stay tuned for additional details.
Sports