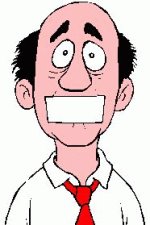 Man, I am really glad that I thought before I spoke this weekend (I don't always) while shopping with Carol and her parents at the Lima Ohio Mall.

Carol was growing frustrated finding an outfit that fit in a flattering way, and I wanted to subtly suggest that she look at Lane Bryant. However, I didn't want to imply that she was anything, but the beautiful woman that she is.

So I thought to myself, "Be careful Jim. Don't say 'Lane Bryant' out loud, instead maybe just refer to the store by its initials, so Carol doesn't get the wrong idea."

I thank God that He kept the following words in my mouth before I said, "Hey honey, why don't we try LBs?"

Somehow, I don't think my attempt at subtlety would have been successful if I had inadvertly used the abbreviation for either "pounds" (lbs) or "linebackers" (LBs).
Carol