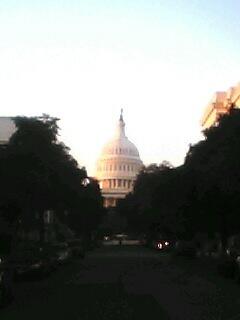 I had a nice trip to Washington DC last week. I was there for a national Prevent Child Abuse America meeting.

The highlight was getting to go on Capitol Hill and meet with Congressional staff and members to discuss policy ideas to help prevent the occurrence of child abuse and neglect. 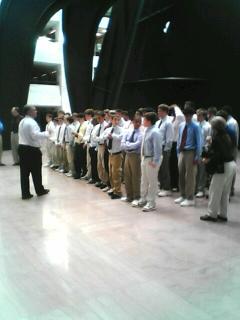 It was an interesting time to be in DC. There was a great deal of excitement surrounding the confirmation hearings for Judge Roberts.

Seeing them, I couldn't help but wonder when Jake goes through his inevitable rebellious stage as a teenager, whether he's going to really go off the deep end and become a Young Republican. I shudder at the thought. 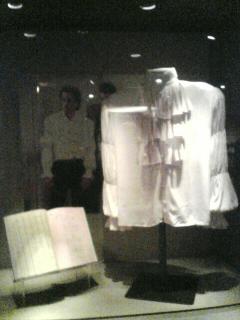 We had a late flight back home, so we visited The Smithsonian Museum of American History before heading to the airport. After viewing a very powerful Exhibition commemorating the 50th Anniversary of Brown v. Board of Education, we ventured upstairs for the pop culture display.

It was fun seeing the Puffy Shirt from Seinfeld, my all-time favorite TV show. 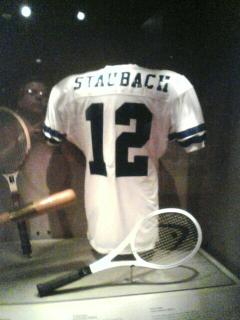 I was also pleasantly surprised to see Roger Staubach's Dallas Cowboy jersey on display. For those who are unaware, "Uncle Roger" roomed with my father at the US Naval Academy, where he won the Heisman Trophy. He was even Best Man at my Mom and Dad's wedding in 1965.

Despite being drafted by the Cowboys, he served his military commitment including going to Vietnam before having a Hall of Fame NFL career. 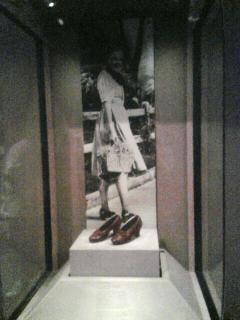 It was fitting to see them just before we left for the airport and our trip home.

It was a nice trip, but after all is said and done...