Our church's emerging church congregation, Common Grounds, gathered again tonight after taking a few weeks off for a "refreshment break".

It was a nice service with some new folks joining us. I hope they will come back again.

There were some new additions to the service, notably the debut of CGTV (Common Grounds TV). Written, directed and produced by "The Wade" (a very talented 8th grader in our church), CGTV featured man in the street interviews by "The Wade" with folks at different locations around town.

I can't wait for the second CGTV episode next Thursday. If you're in the neighborhood, come on over to the corner of 5th Avenue and 10th Street in Huntington. We have sandwiches, good coffee, and lots of desserts at 6:30 pm. The music starts around 7:00 pm, followed by a thought provoking message / discussion. 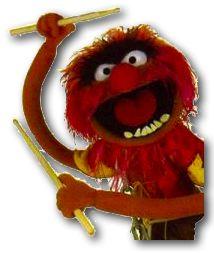 The evening was another positive exerience. My only question is who was the new drummer?

Since our former drummer moved to Atlanta to study in the prestigious halls of Emory University's Candler School of Theology, there was a new guy back there laying down some "groovy rhythms". Someone said his name was "Bongo Boy"?