A War of Words

on July 27, 2005
According to the NY Times, the "War on Terror" has been replaced by "global struggle against violent extremism". 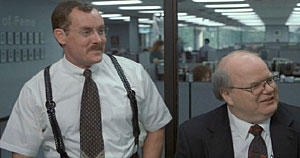 I wonder which corporate consultant suggested "rebranding" as the solution. Maybe it was Bob and Bob from Office Space.

It doesn't matter much to me, and if it gets people to consider diplomatic and economic solutions instead of only military ones, then I am in favor of a name change.

The biggest problem I have with it, is knowing how much criticism Democrats, liberals, progressives, etc. would have received from Fox News, the RNC, and various right wing pundits (that's you Don), if they had been the ones to suggest a change in wording. 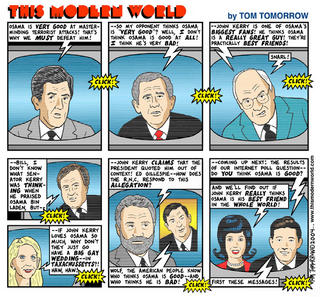 One can only imagine what Dick Cheney or Zell Miller would have said about those liberal hippies who don't think we're at war anymore.